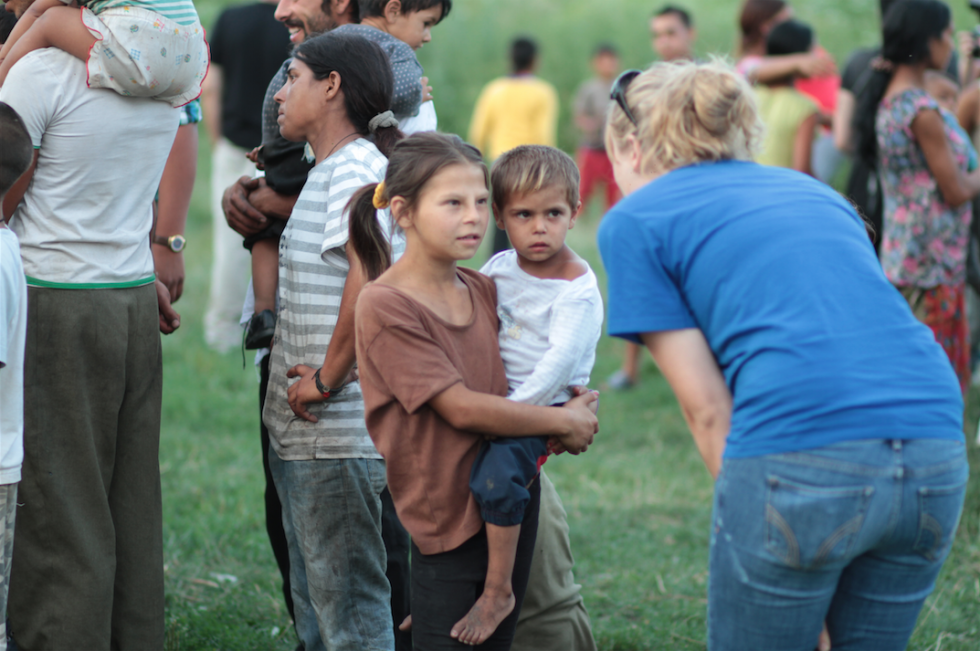 Invitation to join the Foreign Service

Our culture tempts us to set goals and live as if our country and life is all there is. Though important, it’s only one blink in comparison to God’s Kingdom and eternity. Our everlasting King asks us to be one of His ambassadors (2 Cor.5:18), not for a temporal Kingdom, but His eternal one.

Emma, who lives in Romania, is already one of Christ’s Ambassadors. As an ambassador, life has been more exciting and fulfilling. Life for Emma and those around her first took a different turn after she told Rei, 4D’s director and her student pastor, “For years we’ve been blessed by American teams coming to help us with camps and VBS. Now it’s our turn to go and help others. Can we….?”

Rei adds, “It’s thrilling that now Romanian Christians are planning and undertaking Short Term Missions in our country! It’s both a testimony to the non believers, as well as an encouragement to Christ’s Body, as we move from a ‘receiving’ mentality, to a ‘giving’ mindset.

After Emma’s comment, she and other students pioneered their first “mission team.” And then another one and another and… Something had been started and momentum grew. Rei says, “This year we have five mission teams. Thus far, they reached more than 500 kids in their camps and VBS this year alone.”

And with the lessons learned, Rei’s next goal is not five teams, but ten mission teams from various churches throughout Romania, with 100 volunteer leaders reaching over 1,000 kids with the Good News of Jesus during the next twelve months!

Why is this so exciting? Let me explain:

Can’t they do it all themselves, you may wonder. Almost. They just need a little help. Especially in poorer countries like Romania.

Also, because of 4D’s matching support, more kids can attend from non-Christian and very poor families, like the Roma (gypsy) communities that are being targeted by Emma and her team.

I call the program “Ambassadors Together,” as together we are representatives of God’s Kingdom, being called to be ambassadors of reconciliation (2 Cor. 5:18). Exciting, isn’t it? God wants to use each of us in His foreign service, being representatives of an eternal Kingdom!

I ask you to join Rei, Emma, and others throughout Eastern Europe to be “Ambassadors Together” with an annual gift of $500 (or $45 per month). It will enable one child to go to camp or two children to attend a VBS and hear the Good News each month.

Sending “National Mission Teams” is not something that only takes place in the summer. It’s happening right now and year round. That’s why help is needed year round. And, if you want to partner with a particular team or country, like Romania, Hungary or Czech Republic, that’s possible as well.

Yes, I’m excited when I see that one Ambassador sends 12 kids to a life-changing camp or 24 to VBS each year. But so much more is happening at the same time. Leaders are being prepared for service, church planting is empowered, local churches are mobilized for service.

Will you join hands with Emma, Rei, Csaba and others and be part of “Ambassadors Together?”

Let’s encourage Emma and over 100 future leaders to share the Good News to over 1,000 children and youth by becoming an “Ambassador Together” today. Click here!