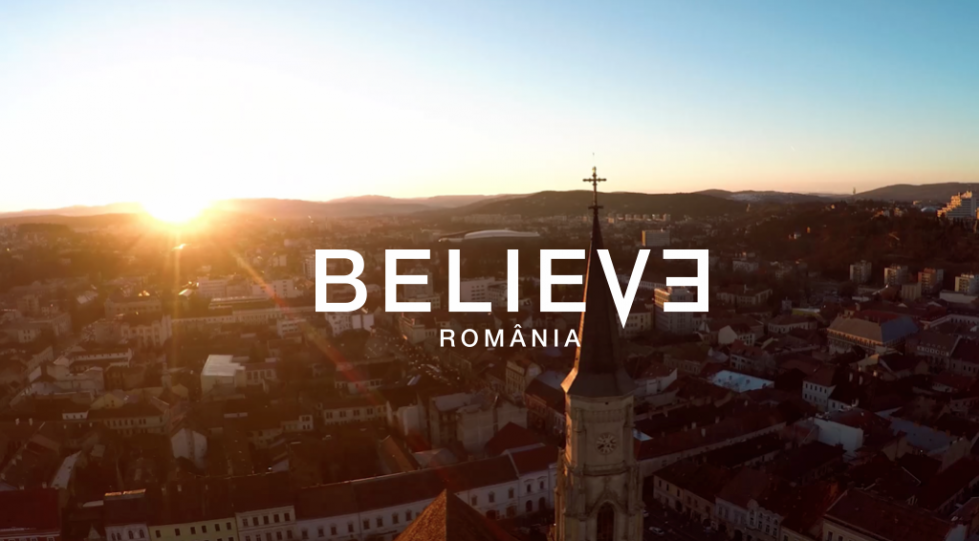 As you probably know from our previous news, for 2015, Cluj was appointed as European Youth Capital and this fact raised a unique and important opportunity for our evangelical community.

The ‘European Youth Capital’ is a title awarded to a European city for the period of one year, during which it will be given the chance to showcase, through a multi-faceted programme, its youth-related cultural, social, political and economic life and development. That means all major events will move to Cluj, attracting millions of people from Romania and Europe.

With this occasion, the Christian community was invited to share their faith and values and promote them during the year. For the first time in our history all the Christian denominations in Cluj came to the table decided to work out a partnership. Share Faith is the title under which various events will be hosted in public places throughout the city during 2015. Orthodox, Greek Catholics, Roman Catholics, Reformed, Baptists and Pentecostals, Romanians and Hungarians are planning right now some Christian events with the purpose to share the Gospel of Jesus Christ.

One of those events is named Believe and it will be, hopefully, the largest Christian event of the year 2015. It is a project of the evangelical churches in Cluj, first partnership ever. And that is the breaking news. It looks like after years of separation we have discovered cooperation. Cooperation is always better than competition.

Believe will be a two days conference (May 23-24, 2015) hosted in the largest and newest sports arena in the country. We are expecting about 9,000 people to join the event. We will have Ravi Zacharias as our main speaker, as well as Romanian speakers, and worship bands and a 1000 people youth choir that will lead the worship services.

Christianity has started in an unusual manner. It started with people running… have you noticed that?

[quote]Mary Magdalene and the other Mary went to see the tomb. […] So they departed quickly from the tomb with fear and great joy, and ran to tell his disciples (Mathew 28); But Peter rose and ran to the tomb (Luke 24); Mary Magdalene came to the tomb early, while it was still dark, and saw that the stone had been taken away from the tomb. So she ran and went to Simon Peter and the other disciple, the one whom Jesus loved, (John 20); So Peter went out with the other disciple, and they were going toward the tomb. Both of them were running together (John 20)[/quote]

All disciples lived and died for what they believed. They all died of violent deaths.

This group of people have started the greatest offensive in the history of mankind, an offensive that never stopped, it’s still going on. And, now, it is on our responsibility to keep it going.

In Acts 17:6 people of Thessaloniki were saying about Paul and Silas: “These men who have turned the world upside down have come here also”. Well, our desire for 2015 is to be that kind of people who turn the world upside down.
So, we are calling you to partner with us in this great battle by praying and support.

We are already running. Would you accept to run alongside us? We need you! We want to be remembered here as those people who turned our world upside down… because the upside down human world would be, practically, an upside up divine world.