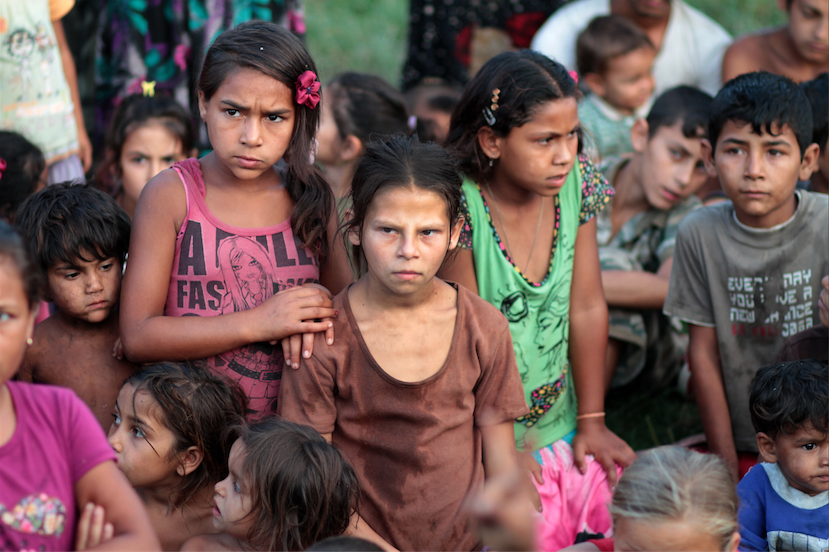 Bitter smiles (the story of a picture)

How would you describe the face of a little child? Can you imagine the faces of the children that Jesus encountered during his walk on earth? “Let the children come to me,” He said. Were they poor? Were they happy? Or were they just curious to see what “tricks” Jesus was about to do? We don’t know…

When we talk about children, we all know that these little people oftentimes suffer the most in this unfair world. Very often, human kind blames God for it: “If you so much love the world, why do you tolerate this?” Our hearts oftentimes break at the cruelty, tragedy, and conditions that so many little ones face day after day. But like light in the darkness, I also believe that God chooses special people with strong hearts and deep compassion to help those in need. Our mission teams in the church are made of this kind of people and this summer many of them were able to put it into practice.

During my adult years, I’ve been to many places and seen some dark sides of our society. A few years ago, I used to work with children and youth from poor families trying to disciple them. I also live close to a gypsy community and I see their children and how they behave, sometimes as led by instincts as animals. But the experience from Silivas village this summer, gave me a different perspective. I have not had many occasions to see children like them. A short visit there with a team from Suburban Bible Church, turned into an unforgettable experience. I was supposed to video document the event, so I had to look carefully through my camera lenses.

This village is located deep in a corn field. Following a sinuous dirt road, I wasn’t able to see much around the corner but when it opened into a valley, I was overwhelmed. A massive group of children was running toward us, coming from a so-called village with poor clay houses and shelters. They started to climb on our running cars asking, “speak English, speak English?

The rest of the day developed as expected: Bible lessons, singing, games, and of course, the treats that we brought for them. We realized we didn’t have enough, but we did our best to divide them. Probably, for many of them, that was their only meal that day. Children carrying babies, teenagers and adults, dirty and poorly dressed enjoyed that afternoon. For a few hours, they lived in another reality. We left with the feeling that we didn’t do much for them, just offering them a glimpse of a totally different world. They continued to look after our cars with the hope that these strangers will return one day. Soon, the green-golden corn field made that sad picture disappear like it was never there, preserving the appearance of a perfect world.

I captured precious moments with the single thought in my mind that I would go back home and share them with our groups and the church. Later, when I downloaded the photos, I was surprised by this one (in the header). My first thought was, where is their innocence? What is hidden behind those fierce eyes? They are just children, but look like grown-ups. I could read the hardships they had endured on their faces.

I realized how fast we’re passing by moments like this. I was there, In their village. I watched them, but at the time, I didn’t see. It was only through looking back at their pictures, it was when I had to take time and reflect that I gained a new perspective. I understood afresh that doing missions is not just reacting in a crisis, but what comes after we go back to our cars, back to our modern life. Sometimes we need to get beyond the golden corn field to see a reality that Jesus so well describes in Matthew 25:35, 36 “For I was hungry and you gave me something to eat, I was thirsty and you gave me something to drink, I was a stranger and you invited me in, I needed clothes and you clothed me, I was sick and you looked after me, I was in prison and you came to visit me.”

Looking at pictures like this, I know we have to return; and maybe, after a while, those fierce eyes will open in a smile.

(The summer of 2013 was the summer of indigenous missions. Our teams focused their ministry in five major locations, needy children and poor families. Our over fifty young volunteers not only served but were served. The mission mentality is growing and expanding. With God’s help, we want for next year to double the teams we’re sending out and involve other churches too.