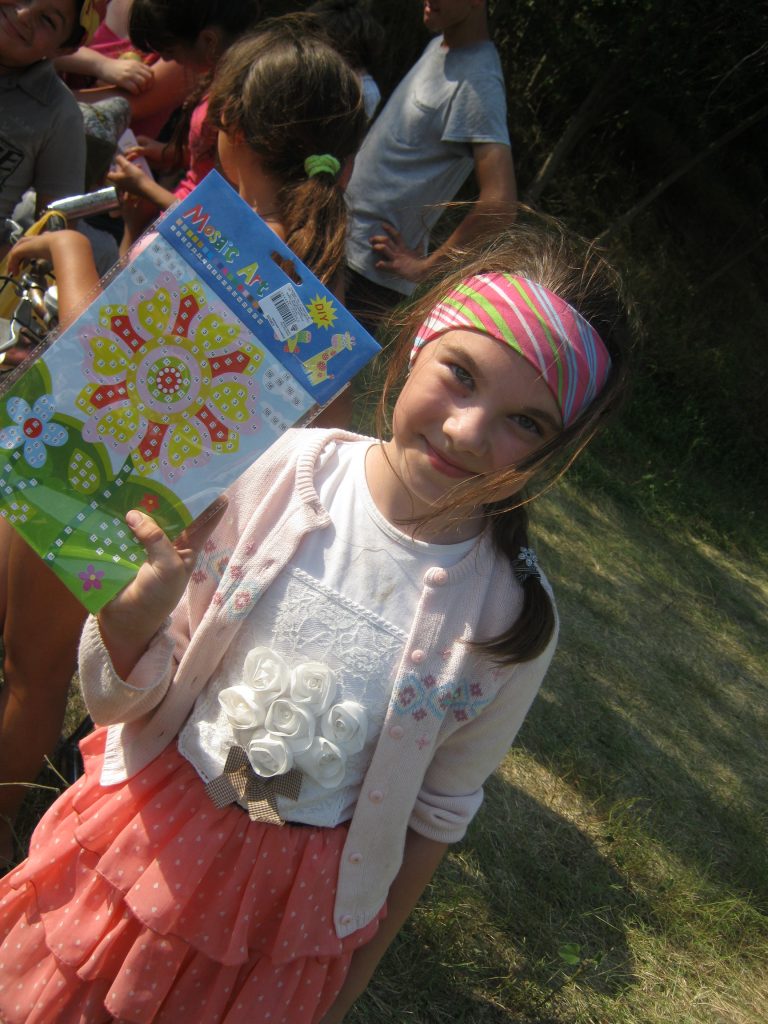 An Investment Worth Making

One of our biggest investments this summer, is to help share Christ with 4,000 kids through summer camps. And making sure there is follow up with local children’s programs, youth groups and churches!

Around a month ago, we shared about our goal to reach 2,000 kids in Romania. This time, it’s all about 2,000 kids in an even more needy country, called Moldova – a small country sandwiched between Romania and Ukraine. Together, that makes an awesome 4,000 kids. Just envision them and consider the words of Jesus to let the children come unto Him.

With a crumbled economy, over 50% of the workforce has left Moldova (according to the BBC). Many working outside the country left their children with grandparents, neighbors, and friends to be able to cut expenses abroad, earn, and – in the best case scenario – send some hard-earned money home. As a result, there literally is a generation without parents!

It’s hard to imagine the hardship this brings to both children and parents. And what happens if the care providers become ill or die?

And then there are people like George, Vera, Lisa and John (4D partners in Moldova) who know God wants them to serve Him in Moldova, to bring hope, and make a difference this year in the lives of 2,000 children. They need and deserve our help, our partnership, our coming alongside as fellow followers of Christ. Together, we can turn the light on at the end of the tunnel. At least for 2,000 children!

John, who works alongside George in Moldova, shares his own testimony:

I was born in an Orthodox family, but my family didn`t know God. One day in 2001, my brother and I were going home from the library. On our way, we met a boy and he gave us an invitation for free studying of English. My brother liked English, that`s why he accepted this invitation and he began to go to the English lessons with his classmate. Once, he brought home a New Testament which was printed in the USA. I took it, looked at it, and thought where my brother was going was some sect. But my brother said that they gathered at home and learned English on the basis of the Bible. In a few months, my father told me to go learn English with my brother because it was free. And I started to go to the English lessons. At first, we learned English. Then, we were reading and studying the Bible, and were praying. The young people who had taught us were the missionaries in our town. When we were going home after the lessons, I remember how we were laughing at our teachers, perceiving God and the Bible not seriously. We thought we didn`t need God, but we were going there for the sake of English. But God`s word was sowing into our hearts for 8 months. In summer 2002, we were invited to the Christian camp. In August 2002, we came to this camp, but we were a little late with arrival and when we came into the camp, we saw that everybody was sitting and learning the Bible lessons. We couldn`t understand where we have got because we visited a lot of camps, but we had never seen such a camp as this. But we quickly adapted, joined into the camp life, and made friends with believer boys. Every evening we had a fire and all the camp gathered at the fire, the leaders were telling their testimonies from their lives and called for repentance. Every day about eight teenagers accepted Christ and at the end of the camp, my brother and I prayed a repentance prayer and let Christ into our lives. From that day, the changes have begun to happen in my life and in my soul. In two weeks, my brother and I were baptized in Chishinau. At the camp, we were taught how to sing the Christian songs, to pray, to preach. A lot of God`s Word was sown into my life. My brother began to study in Tiraspol, he found the church and began to go there. And now, 14 years later, he is a youth pastor in his church. I am a church member in the church of “The Voice of Truth” in Chishinau and I work as a missionary in Vulkaneshty. Today, I still don`t know the English language, but I know Jesus Christ. In Vulkaneshty, I work at the same method and way which I have passed in my life. About 70 teenagers at the age of 15 – 23 attend our sports lessons. After training, we study the Bible – sow the truth into their hearts. Our team deeply believes and is convinced that the sown Word will bear fruit in due time.

Ways George, John, and the team are reaching out with the Good News this summer:

·         About seven years ago, the city council in the town where George lives, gave his non-profit an old Soviet-era public school complex for free.  At that time, it had a bigger than life statue in front of Comrade Lenin and the whole complex was in need of repair. A team of mostly volunteers did an amazing job and today it serves as an after-school Christian Center with about 60 kids coming each day. It also is a place for training events, camps and much more. Just recently, the city gave George another building in the hope that he may be able to turn it into a clinic and community center for the town. They don’t object to the overt expression of Christ’s love.

·         Local church-based camps will be a repeat from last year and expanded to at least 30 local churches. Typically, kids attend morning and afternoon. They receive lunch at camp, but other meals and sleeping are at their homes, thus reducing the cost per camp. It also encourages and enables churches to be hands-on involved in sharing Christ with their community. About 1,500 kids are expected to attend.

·         A third and amazing new opportunity, is the request by a large government run camp, for George and his team to run three ten-day programs of about 170 kids each. The government pays for accommodations and meals. George and John have secured a team of about 20 volunteers for each of the events. There will be sports, songs, campfires and fun, but also as George puts it, “Bible lessons, prayer, and a call to repentance.” The volunteer team also will be involved with follow-up and connecting kids with local youth groups.

·         5,000 booklets will be printed with the camp’s curriculum – something that every camper can take home as a reminder of the camp’s message.

Though local believers give their time, potatoes, chickens, and whatever they can, additional funding is much needed.

All the expenses, including staff and programs mentioned above – the cost for bringing hope to 2,000 kids in Moldova this year – is about $20 per child. That’s very little for what is achieved, but for 2,000 children and youth, it’s still a very big amount of $40,000. We ask for your help. Please sponsor 5, 10 or even more children at $20 each. I just cannot think about a way that produces so much spiritual fruit. Obviously God has to do the work, but He also needs George, John, Vera, Lisa and their volunteers. It also takes people to sow into it financially as well. We will be involved. We hope you will be too.

To invest into this work financially, donate online today! A matching grant makes your investment go twice as far (up to $11,500), doubling the impact of your giving! To donate and have that amount matched, designate your gift to MD – Camps.